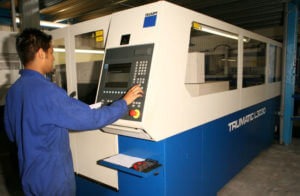 Satish Patel is happily married with two children ‘ away from work, he enjoys going to the gym, watching TV, socialising with friends and family and spending quality time having fun with his children. Here he tells us a little about his time at the company.

After leaving India in 2005, Satish began his career in July at JC Metalworks as a machine operator, a role which he carried out for three and a half years. His duties included cutting, forming, grinding, drilling and assembly. It was an early start every morning! Satish was picked up from home at 4am by Jack (who founded JC Metalworks in 1986).

In the last ten years, Satish has witnessed huge changes at JC Metalworks ‘ the number of employees has grown, the premises have been extended, new technology has resulted in additional work for more customers as the company has evolved. ‘I can remember the days when there were just 17 members of staff. As the business has grown, so has the way that we operate: it’s slicker and more professional with every department having a manager for efficient planning. It means we’re more productive and focused on our customers.’

Satish is enthusiastic about his job: ‘I know what I am doing, it has been my dream to work in an office environment. When I was working on the shop floor, I used to come into the office and wish I could do what the engineers were doing back then. Everyone is very friendly and we all work as a team to support each other.’

I also remember working on Saturdays when Jack would buy me a cheese pasty at 10am; during the hot summer months, this changed to ice cream!’ 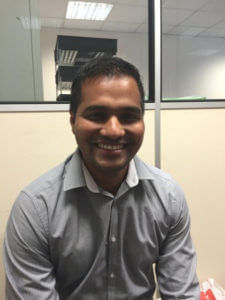 Satish would personally like to thank Jason and Jack for giving him such a huge opportunity as a Design Engineer: without their support, he feels he would not be here. He has thoroughly enjoyed being part of JC Metalworks and is looking forward to developing his career at the company.