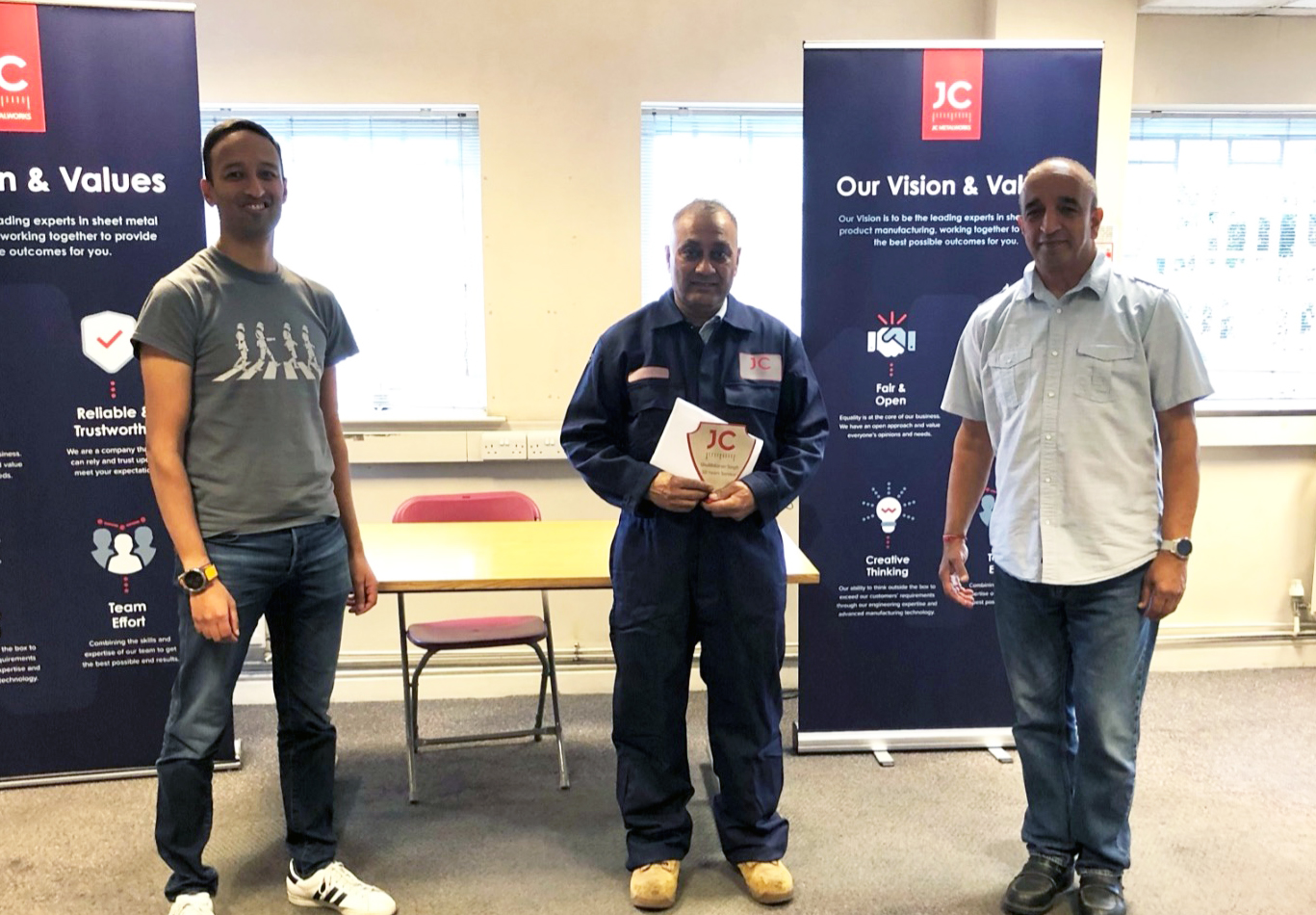 Here at JC Metalworks we love to recognise and reward loyalty in the workplace. With this in mind, last month we celebrated Shubh Karan Singh’s 10th anniversary at the company.

After moving to the United Kingdom in 2011, Shubh Karan soon began working at JC Metalworks and he has remained here ever since. Shubh Karan originally joined the team as a linisher and has made the role his own – becoming an expert in the highest level of metal finishing.

“It’s so good to see another 10-year service; we really appreciate the reliability and the high level of service you’ve given for your department and the company. Linishing always has high demand and high quality is required, so it’s great that you have been here for so long for us to depend upon.”

Shubh Karan has also had the chance to showcase his skills elsewhere on the shop floor. Over the years he has covered all areas of fabrication such as spot welding and stainless-steel polishing.

Before residing in the UK, Shubh Karan travelled the globe, running a bakery in his home nation of India before working as an electrician in The Middle East. Later in life, Shubh Karan’s career saw him move to Europe, spending time in Germany, The Netherlands and Portugal, before finally residing in the UK.

Outside of the workplace, Shubh Karan is a family man, who loves spending time with his wife, his three sons and his daughter.

The leader of the Fabrication Team, Sam Glover also took the time to thank Shubh:

“Thanks for helping me and the company, it really does make it easier having people that are highly skilled in crucial areas of the fabrication department. We are delighted to have such a loyal member of staff on our team and we look forward to many more years working together.“ 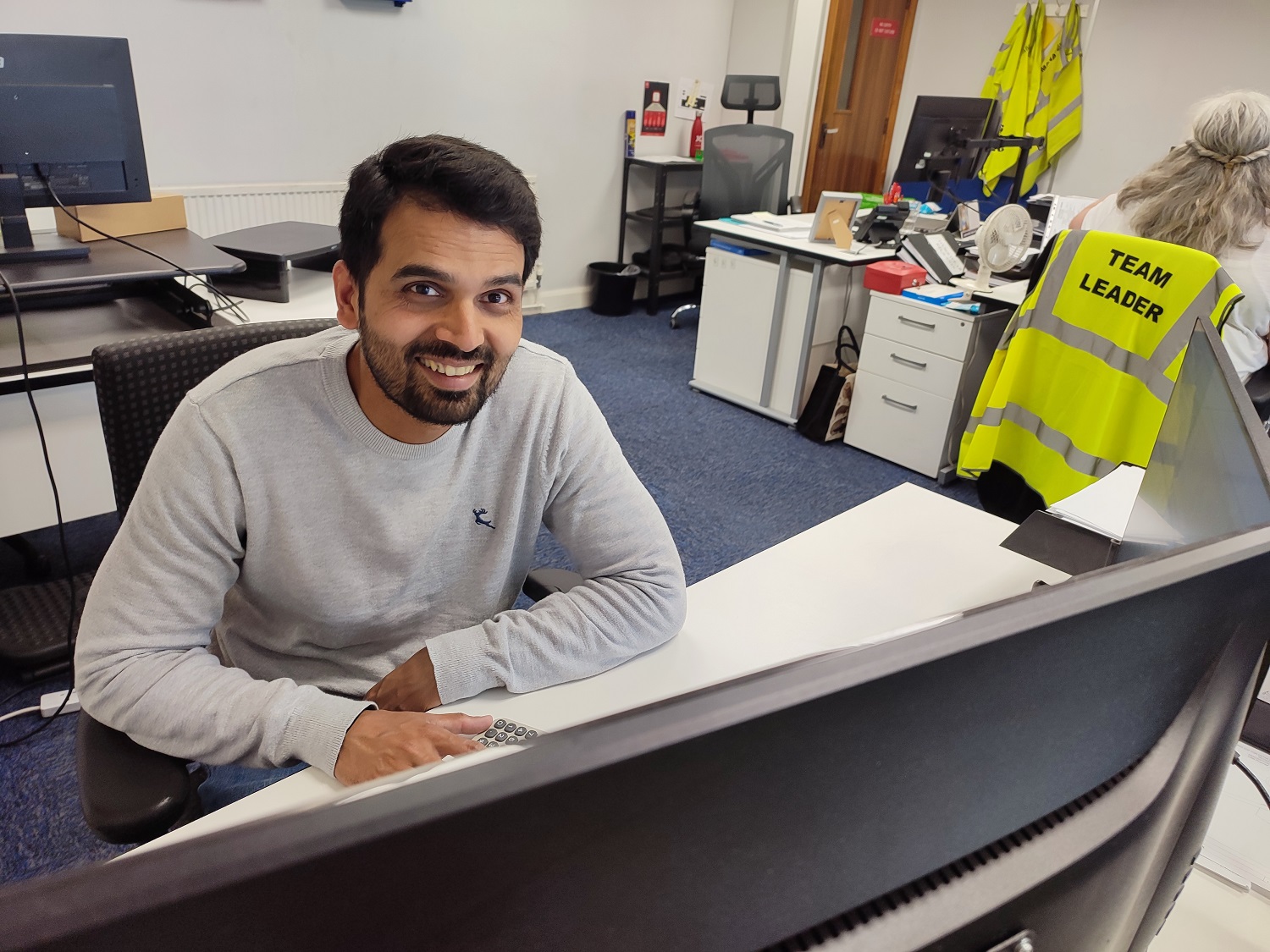 Talent is everywhere but all too often opportunity is not. We at JC Metalworks believe that excellent leadership is about building up the people around you: trusting them, empowering them, and ultimately enabling them to contribute their expertise so that… 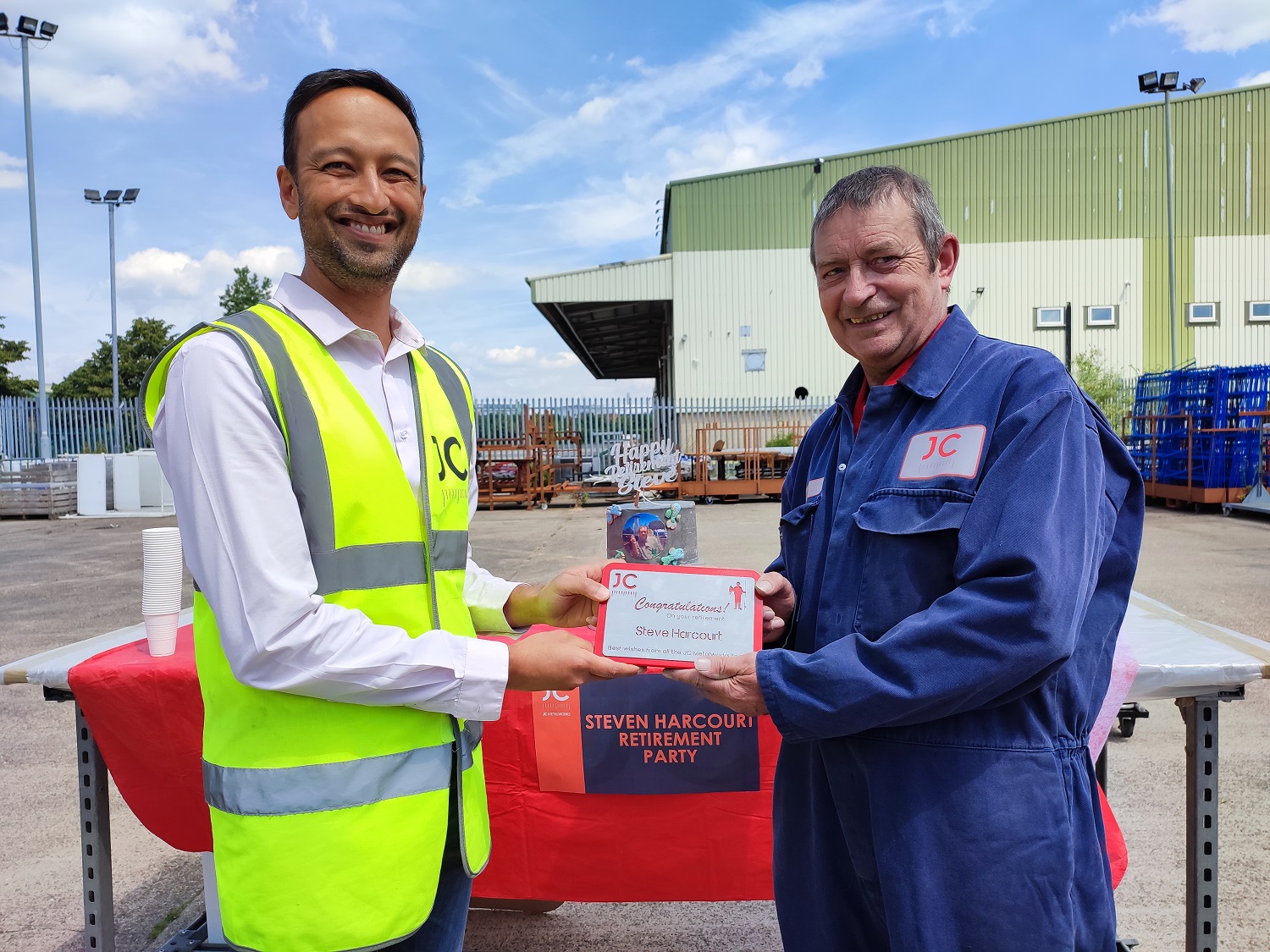 Employees play a vital role in the success of a company. JC Metalworks acknowledges each phase of its employees’ personal and professional lives appreciating all the positive contributions made by team members towards the success of the company. After serving…